Changing the naming of USB standards over the years

Until recently, USB naming was not a problem for anyone. In layman's terms - thick end to the computer, thin plug to the device. There was one, popular standard. However, as it happens with technology, the USB interface has also started to evolve, and as the thicket of names has started to grow it is not difficult to get lost.

The most important expression is USB - short for Universal Serial Bus. This simple connector has changed the world of computers through its versatility. It can be used for all devices, in addition, unlike other interfaces (COM, LPT), it does not force a reboot of the computer for a new device to be detected. It was created in 1996, so it is not surprising that after twenty-five years the technology has evolved. The non-profit organisation USB-IF (USB Implementers Forum) ensures that power sockets and specifications are standardised, so we know a few of the main types today.

In both computers and other electronic devices, you will find several USB standards. Among them we find 2.0, 3.0, 3.1 and types: A, B, C, also appearing in Mini and Micro versions. Everything would be simple, if it wasn't for the frequent name changes imposed by the USB-IF organization.

The first standard to appear on the market is USB 2.0 - compatible with older devices, we are not likely to make the mistake of saying that this is a familiar interface to everyone. It can be used both to charge batteries and to connect peripherals or slower pedals to a computer. It functions with a bandwidth of up to 480 Mbps. The specification of this variant allowed two devices to communicate and transmit current with a voltage of 5 V and a maximum current of 500 mA, which allowed the use of larger devices without the need to connect an external power source. With the advent of the USB 2.0 standard, A and B connectors were created with different versions and variations. These include: Mini A, Mini B and Micro USB B. 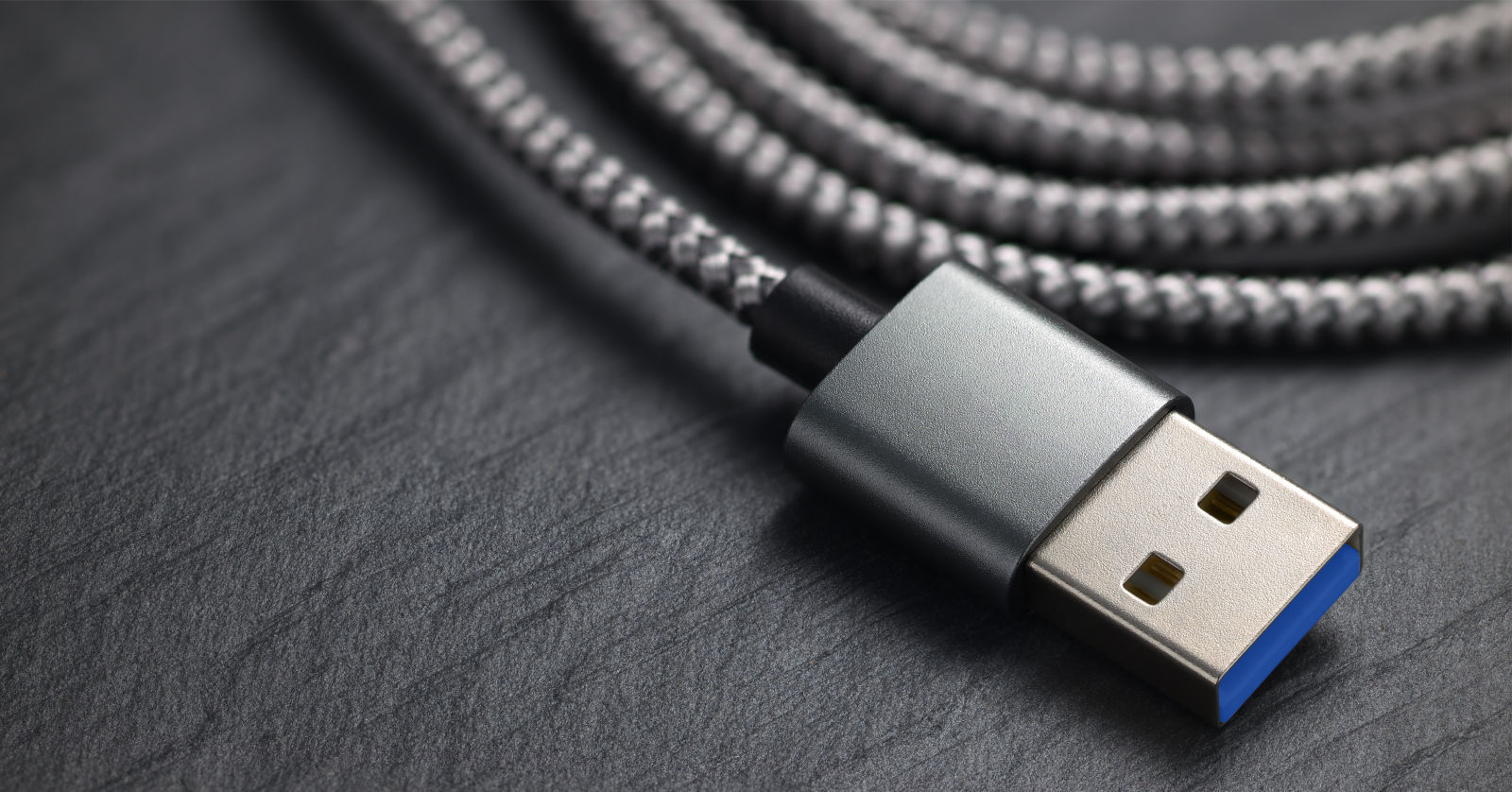 The year 2008 brought a revolution with the USB 3.0 standard, which not only increased the bandwidth to 5 Gb/s, but also the maximum transmitted power to 4.5 W (previously 2.5 W). This has led to more powerful storage media, including portable drives that require more power. Backward compatibility with the USB 2.0 standard has also been retained, which is appreciated. Especially when there is a need to connect a device with a new standard connector to an older computer. Currently, this port can be found in almost every new computer and laptop, and you can recognize it by its colour - USB 2.0 ports are usually marked in black, and USB 3.0 in blue. 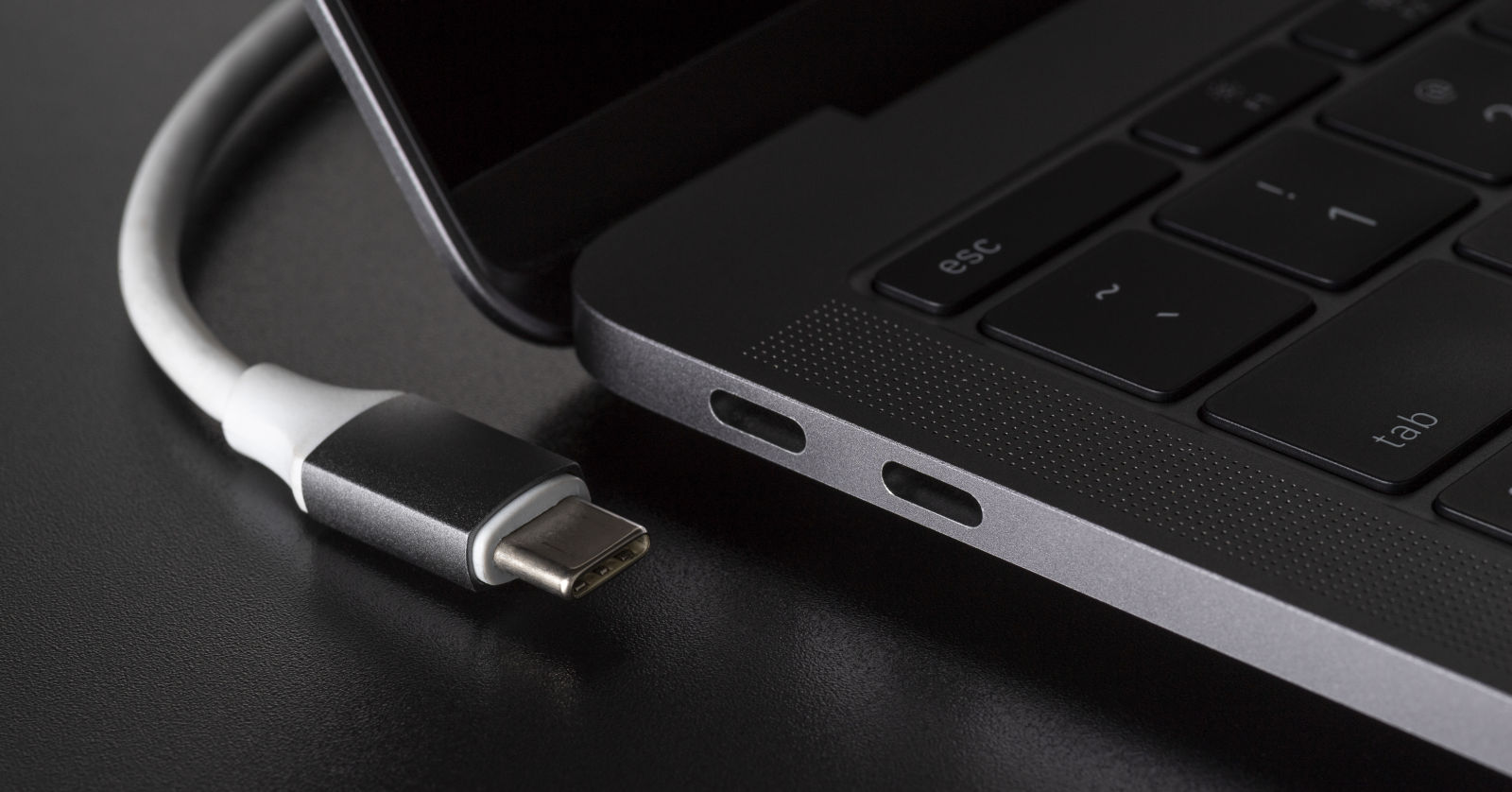 The ever-growing need to increase both data transfer rates and device charging speeds forced the USB-IF organisation to take the next step. With 2013 came a new version of the interface. USB 3.1 with 10 Gbps data speeds and a new Type-C connector. This interface doubled the maximum data speed. It also solved the well-known problems with the Type A connector, which had to be adjusted properly to avoid damaging the socket. The new connector is symmetrical, so it can be placed in the socket freely rotated.

Along with the appearance of new versions of the protocol, the standards we know so far received new names - hence you can understand the confusion in shops when looking for the right name. So far, the interface known as USB 3.0 has been renamed to USB 3.1 Gen 1, and the previous USB 3.1 became USB 3.1 Gen 2. Some manufacturers followed the new guidelines, while others ignored it completely, leading to a mess on the market. To date we can still encounter the old nomenclature, although both names are good and with a closer reading of the product specifications supporters of both will arrive at the products they are looking for.

However, the USB-IF organisation encourages the use of the latest nomenclature, although we should remember to make sure what type of connector we are dealing with - the easiest way is to check its capacity. The latest version described so far reaches a data transfer rate of 10 Gb/s, in contrast to the next model - USB 3.2 (Gen 2x2), which thanks to the multi-line connection allows to reach even 20 Gb/s. It was through the completion of this interface standard in 2017 that the USB-IF organisation decided to change the entire naming of the previous versions. Was it a good idea? This can be debated, after all, it was enough to give the new standard another number and the matter would be clear. However, they decided otherwise, so users must adapt to the situation. For the most confused, here is a summary. The different standards are presented from oldest to newest as follows: CURRENT NAME (original name) - SPEED: 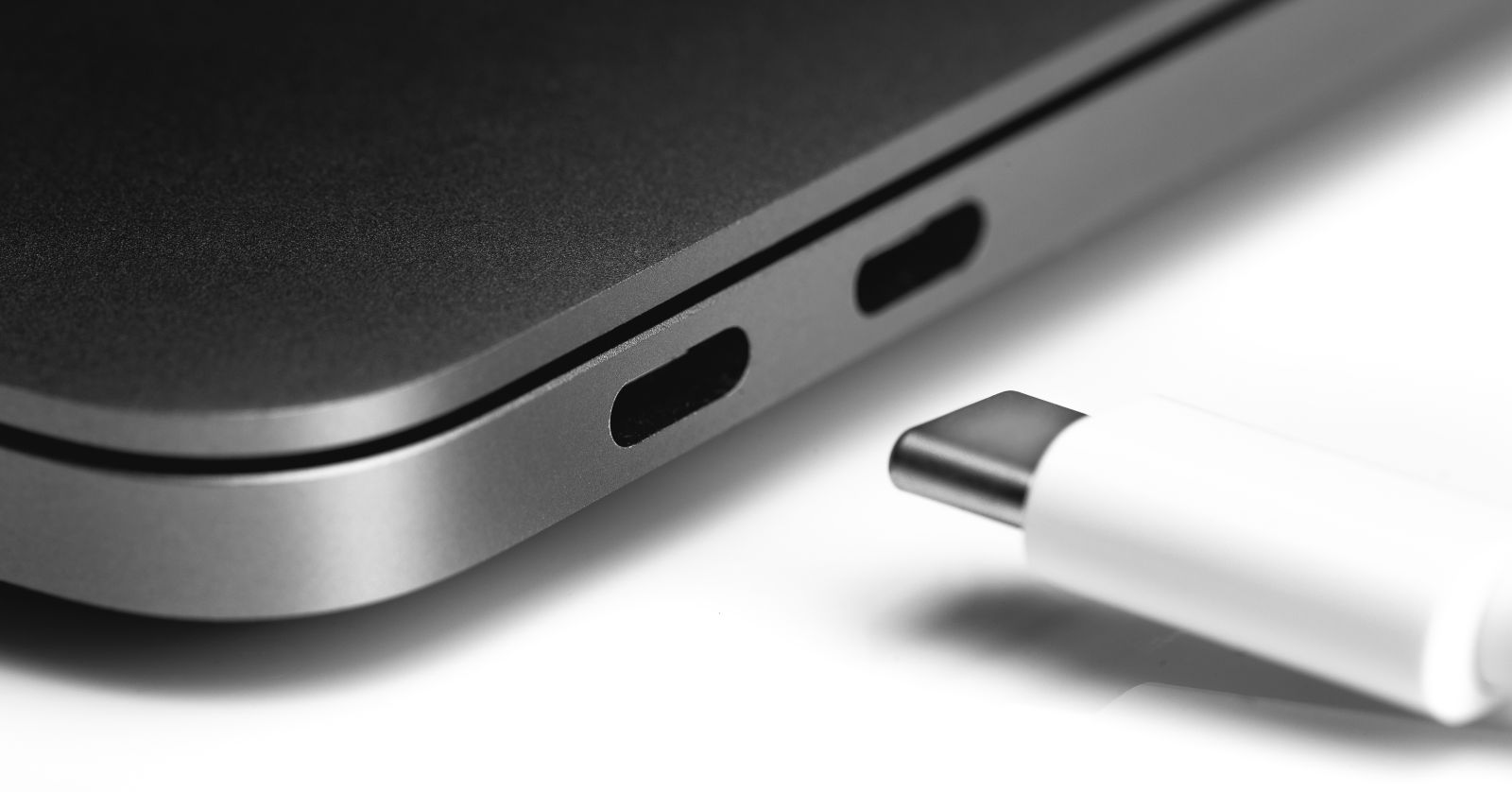 Fortunately, if you're having trouble remembering the many difficult names and specifications, stocks with the old names will soon be depleted and new names will be available in shops - but this may still take some time, so we encourage you to check the specification you need before heading out to buy new equipment.

The new USB 4 standard is coming

As you can predict, it doesn't stop there. The USB Implementers Forum organisation has announced the next iteration of the now well-known USB interface. The new standard will require a USB-C connector with Power Delivery support. This is all thanks to another doubling of the data transfer speed to 40 Gb/s and an increase in the permissible power to 100 W.

By now we have already explained the difference between USB 2.0, USB 3.0 or USB 3.1, the standards. However, USB is further divided into connector types. The most popular of them are A, B and C (they can occur in all of the previously mentioned standards). 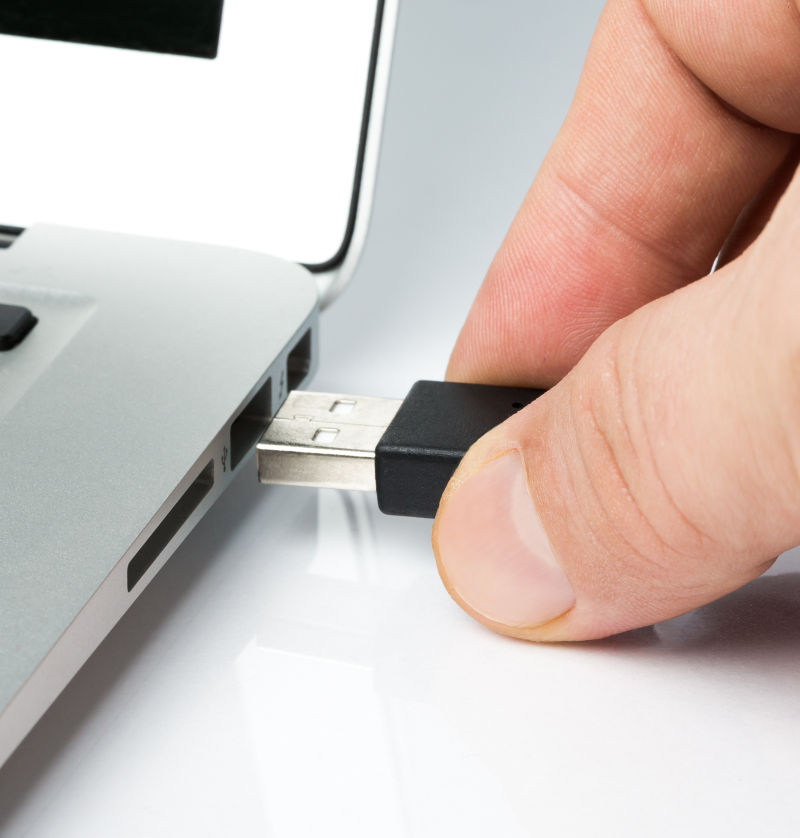 USB-A connector is a standard, rectangular plug, which we know from among others computers, laptops or smartphone chargers. Mini and micro versions of this connector have long gone out of circulation and we are unlikely to meet them in any devices available on the market. 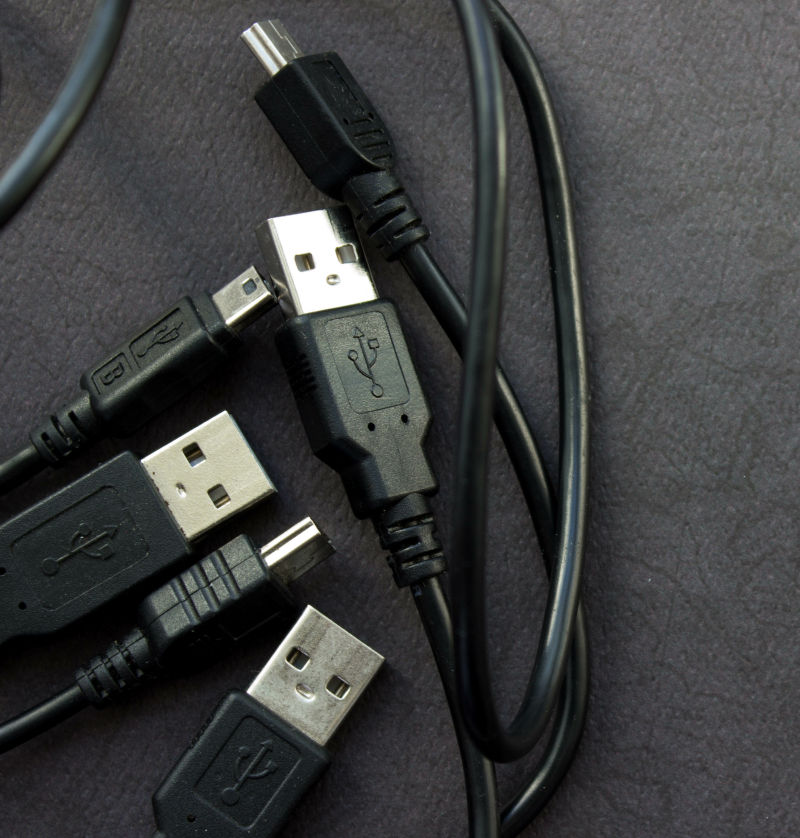 USB type B connector is shaped more like a square. Most often we can find it in office devices such as printers, scanners or monitors. Slightly less frequently we can find it in Mini USB type B, which until recently was very popular in devices such as digital cameras, GPS navigation, or long forgotten mp3/mp4 players. On the other hand, the micro version - Micro USB type B to be precise - is still available in a large number of digital devices - smartphones, tablets, readers. However, this type of connector is constantly being pushed back by electronics manufacturers in favour of the type C connector. 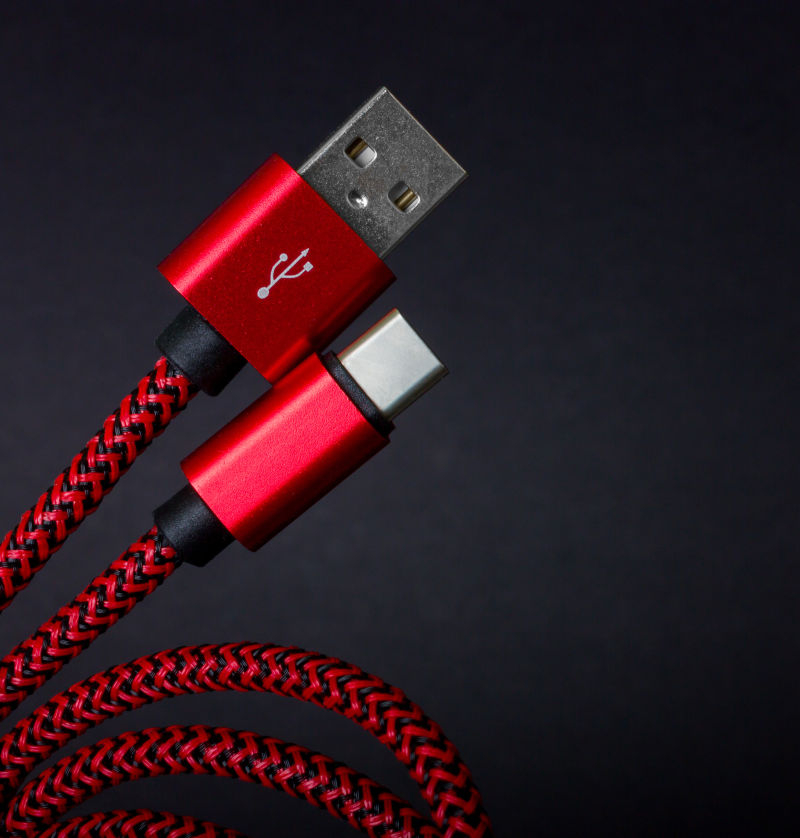 The USB-C connector was created with the aim of standardising ports, to eliminate problems with plugging in the cable and the famous reversing the plug twice to finally fit it into the socket. You'll recognise it by its oblong shape with rounded corners. It's thin, narrow, and symmetrical, so you don't have to be careful which side you plug it into. It lets you transfer audio and video files and charge devices, even those with higher power consumption.

Finally, there's the Thunderbolt connector, the result of years of collaboration between Intel and Apple. After years of improvements and enhancements to the USB standard, a version of Thunderbolt 3 was created. It is a hybrid of the USB-C connector with Thunderbolt. This technology has presented extraordinary opportunities. Its introduction has incredibly accelerated the transfer of data from a drive to a laptop or computer. Offering data transfer speeds of up to 40 Gbps. What is more, the connector proved to be extremely universal. It allows, among others, to connect modern 4K monitors, to charge laptops and smartphones with the power of up to 100 W and to connect external graphics cards. 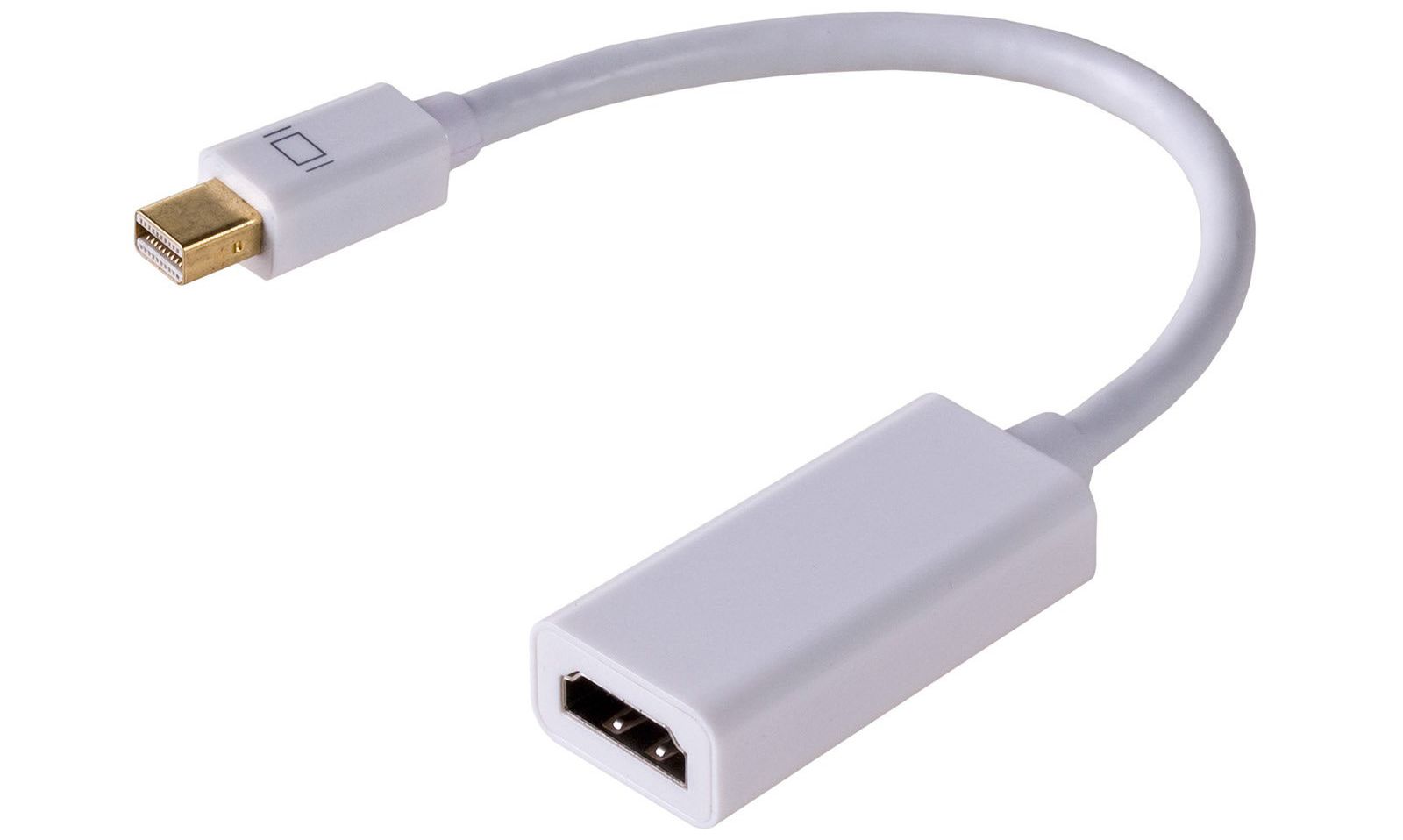 However, whatever cable you need - you can check all specifications and dimensions on the Akyga brand website - all available models, formats and types are waiting clearly described to match the right product to your needs.